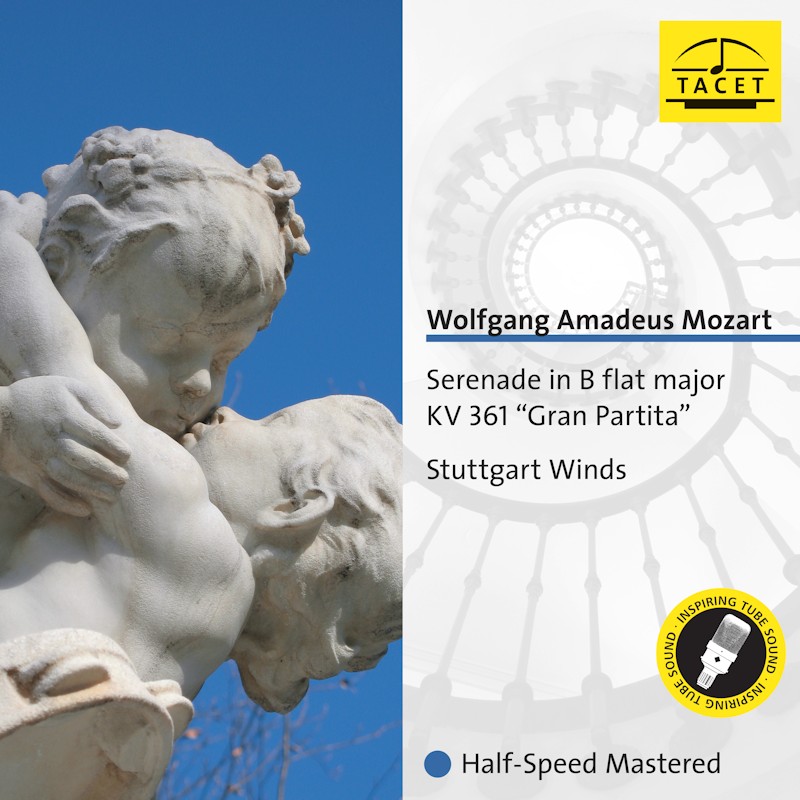 Half-speed is literally half the speed. But only during the production! When being played, everything runs perfectly normally again. This record requires no special treatment at all, it simply sounds better. If is approximately as if the craftsman had taken about double the amount of time to do his work. Convince yourself of the natural, authentic timbres on this LP. Enjoy the refined difference between clarinets and basset horn, the soft cantilenas of the oboes, the huge colour spectrum of the horns, the ensemble playing of the bassoons with the double bass. And let yourself be carried away by the magnificent Gran Partita in the exhilarating interpretation by the ensemble Stuttgart Winds!

Picking the best piece of music Mozart ever wrote is akin to picking the most beautiful contestant in the Miss Universe pageant. It's all a matter of taste, but you know that no matter which one you choose, you won’t be making a mistake. en savoir +...