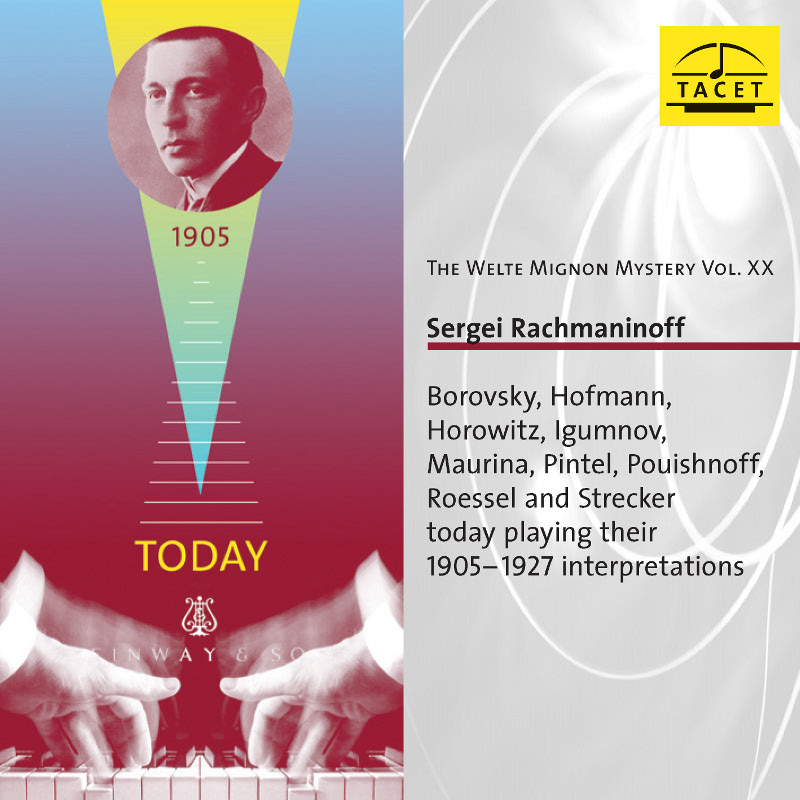 Our new issue of this month expands the series "Welte-Mignon Mystery" by another gem. Until now, the series was primarily orientated on the Welte catalogue, and thus on the pianist who, on a certain date, recorded a kind of "recital" in the Freiburg recording studio. There were pianists, however, who only recorded a few pieces and, on the other hand, there were several composers who were especially well represented during the "Welte" era. Sergei Rachmaninoff was doubtless amongst the latter. Alexander Borovsky, Anatol von Roessel, Leff Pouishnoff, Vera Maurina, Paul Strecker, Konstantin Igumnov, Józef Hofmann, Jacques Pintel and Vladimir Horowitz - they all recorded their selections of pieces sometime between 1905 and 1927 for the "Seventh World Wonder" Welte, and Rachmaninoff was included each time. A kaleidoscope.

Video on the Welte Mignon piano with the expert Hans W. Schmitz

Nine different pianists of the past at the sophisticated Welte recording device, with their collected interpretations of works by Rachmaninoff.

A number of different labels have released CDs of stereo recordings of Welte Mignon piano rolls as reproduced today with a restored “vorsetzer” or complete piano with the mechanism built in. en savoir +...